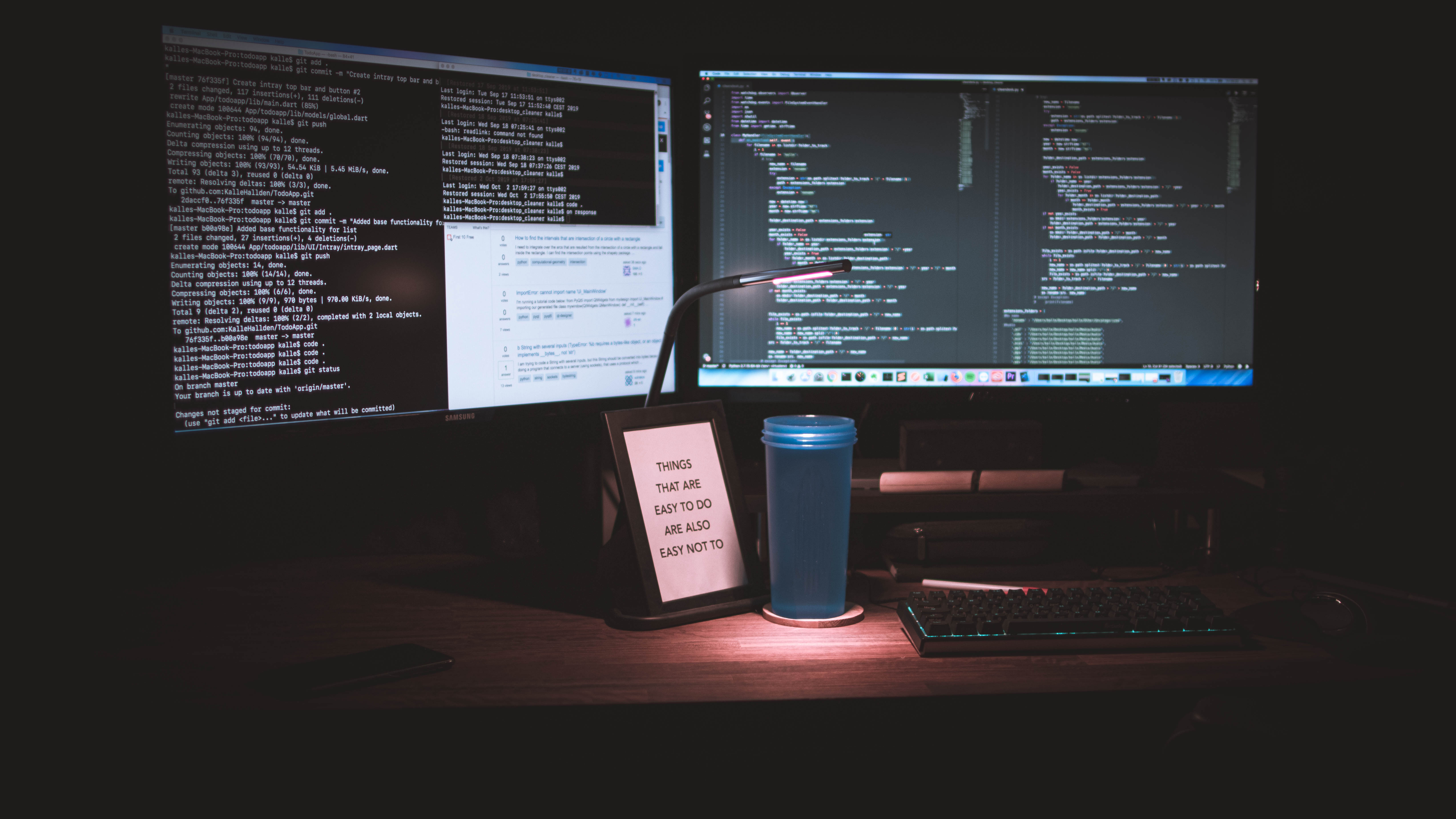 Today it’s time for the third part of this Flutter course. What we will take a look at today are ‘if’ and ‘else’ statements. I believe these are one of the easier concepts to grasp in programming because they are so similar to our natural speaking language. I will do my best to make them an easy concept to grasp.

What are if else statements?

If you try to just read all of that out then I think you will hear that it sounds pretty similar to our sentence above. Let’s explain it. It consists of five parts:

else statement (which is not needed, but is sometimes useful):

So essentially an if statement is like a clause. Meaning that the stuff inside the scope (inside the curly braces ‘{}’) of an if statement does not get called or does not get executed (executed would be more correct term) unless the if statement evaluates to true. Evaluates to true means that if what is inside the if statement (inside the parenthesis ‘()’) is true, then what is within the curly braces gets executed. Inside the parenthesis we have what is called a boolean expression. If we remember from part one (what are variables in programming) then we know that there is a variable called bool which can be either true or false.

A boolean expression then, is a statement that will either evaluate to true or to false. Our if statement could just as well look like this;

if we instead set it to be equal to false then our program will not print anything because we never get into our if statements scope. So really this is just to show that our if statement checks whether the sum of what is inside it is true. We could check whether several things are true or not inside our if statement. Which sounds like this; if Jon Snow knows nothing AND the earth is flat then print this is a true statement. And in code would look like this

Our program would now print; This is a true statement. Because of course the earth is flat. Okay, but on a serious note if we have a statement that is true and one that is false then the entire statement is not true. So if we take a second look at our example above as it should be. The earth is not flat as far as I know so if we set that to be false instead. Then what happens?

Let’s go through our boolean expression operators. An operator is the ‘&&’ that you saw above.

We have also seen the equals operator ‘==’

Comparison operators:
So what are they and what do they mean? We have seen the equals operator ‘==’ which just checks if a is equal to b. For this to work a and b have to be of the same type. You can’t compare an int to a String.

And here we have the second comparison operator. Not equal to; !=

We also have our greater than and less than operators; > <.

A lot of people struggle with these operators at the start. And I have heard tons of explantations to try to make it easier. I will give you my advice for how to think. But with the caveat that the more you code and use them the easier it will get. And then you won’t have to even think. However, my advice would be to simply look at it as what side of the symbol is biggest?

The left side is bigger > the right side is smaller. I feel like this is the easiest way to remember since it is also what the operator does. It checks what is biggest. Think of it as an equals sign that has collapsed on one side. On the equals sign = the space between both lines are equal. But if this sign collapses on one side then there’s a huge gap on one of the sides > and no gap on the other.

Now we can combine these signs in different ways.

These are what are referred to as the comparison operators because we compare something. In this case we compare a with b.

Logical operators:
We also have a second category which is where ‘&&’ exists. These operators are referred to as logical operators. These are our AND, OR and NOT. Which look like this;

We have already seen ‘&&’ and ‘!’. Our NOT (!) operator can be difficult to grasp when explained. But I feel it’s easier to grasp when shown as I did above.

As you may or may not see. All that our NOT operator does is it adds a ‘not’ into our sentences. If we remove the ‘!’ operator from the statement. Then we simply remove it from our sentence as well and we are back to normal.

Alright so that is what our NOT operator does. Now let’s move on to our OR and AND operators. These are logical, meaning that they do not work as our previous operators which compare things. Logical operators help combine multiple boolean expressions to create a single boolean output. That may have sounded like gibberish. Don’t worry, I will explain. Consider the parenthesis of our if statement, we check if what is inside here is true. That is called evaluating a boolean expression. We evaluate if it’s true.

Since both are not out, the entire expression evaluates to false. And so the alarm is not turned on. For our AND operator, both things on each side of the operator must evaluate to true.

In this case we will check the variable ‘someInput’ twice. So we will get into both if statements if someInput is first equal to 2 and then equal to 4. Which could happen like this

This is rarely something that we use. What is more common is an ‘else if’ statement:

In this case our program checks both if statements and only lets us in to the one that is true from the start. Essentially seeing, is someInput equal to 2? Then, is someInput equal to 4? Depending on the answer we only get into the one that is true. The other one does not get checked again. This can be used if we have multiple cases we want to check for.

Take a look at the code. What I would suggest is just thinking a bit about how you could implement a fifth level.

Alright so that is what if statements are. Next part will be explaining what data structures are in programming. What I would suggest now though is that you take a look at a video I made about what classes are in Python. I think that at this point you will be able to get a lot out of that video. Python is a little bit different in terms of how things are written. But the principles are the same. So I would definitely recommend that you watch that video. I’m not necessarily promoting it, you can of course watch any other video if you want. Anywho, hope you learnt something from this one. Please give me feedback in the comments on things I could improve or if there was anything that you didn’t understand. And I will try to fix that for the next one!